Posted on October 2, 2012 by storageunitauctionlist

Posters have long since been an effective method of spreading news of entertainment—they can even be traced back as far as the era of the traveling minstrels in the 1800s. Since then, the world has seen a large array of posters, ranging from music to movies to circuses and everything in between. One of the most beloved types of poster is the concert poster, collected by music aficionados, artists, and appreciators alike. For some enthusiasts, their collections grow so large that some of it needs to be moved into self storage—and you know what that means for you, storage hunters! Storage auction heaven!

Many concert posters can be worth hundreds, if not thousands of dollars, so they’re definitely a force to be reckoned with. The concert poster, (or rock poster, as many call it) has elaborately evolved since the birth of rock in the 1950s, with posters usually featuring nothing more than bold faced, black and white or simply colored text, and perhaps an image if the musician in question. At this time, posters were more about conveying information than displaying a work of art, so they tended to be pretty simple, maybe even a little bland, depending on your tastes. 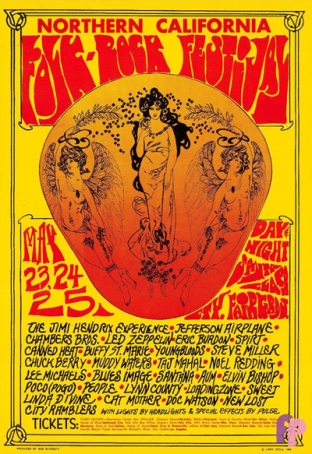 Then came the psychedelic art movement of the 60s…and everything changed. Many posters from this era are more art than advertisement, sometimes featuring swirling, hard-to-read text and often not even featuring the likeness of the band anywhere on the poster. Even still, these posters caught a lot of attention. The artfulness of these posters combined with the fact that rock n’ roll was considered by many to be at its prime, posters from this era tend to be incredibly valuable.

Since those days, band posters have seen all sorts of incredible designs, from extreme minimalism, to hyper realism; featuring photography, art, collage, and everything in between. The large variety of art found on rock posters is part of what makes collecting so appealing.

Of course, there are many factors that go into valuating a rock poster. If you’re lucky enough to come across a collection in a storage unit, you should be very wary if you find them in a non-climate controlled unit. Obviously, the previous owner was not too concerned about protecting the posters from the elements, so it could mean that they’re not valuable or they’re already damaged. As with most collectibles, damages such as rips, folds, mold, and discoloration can severely depreciate the value of the piece, so it’s important that you inspect your newly acquired posters.

Original, screen printed posters are usually the most sought after, especially if they were made specifically for one show or tour. If they’re numbered and signed by the artist, this is even better. Limited quantities make posters much more valuable. Mass produced posters, of the likes you’d find at the mall, will probably be worth next to nothing in comparison. 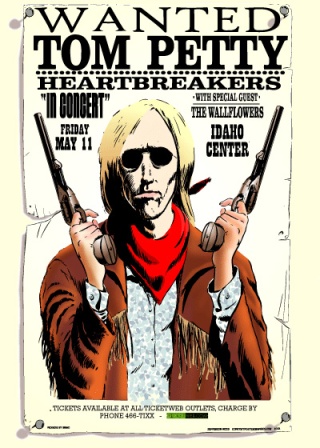 Obviously, the bands features on the poster have a substantial effect on the price. If you’ve got an original poster with Jimi Hendrix as the headliner, that’s most likely a sure sign that you can make some good money off of it. If it’s a band that’s not well known, it’s going to be harder to sell. In the end, it all comes down to supply and demand. People want to collect things that they love, and for many rock poster collectors, it comes down to the nostalgia aspect.

Of course, as with any collectibles, we’d recommend that you get it appraised by an expert. Counterfeits run rampant in the rock poster world, and the last thing you want is to get your hopes up over nothing.